With their timber-home plans in hand, this family is finished laying the groundwork, and is ready to break ground and get their frame in place. 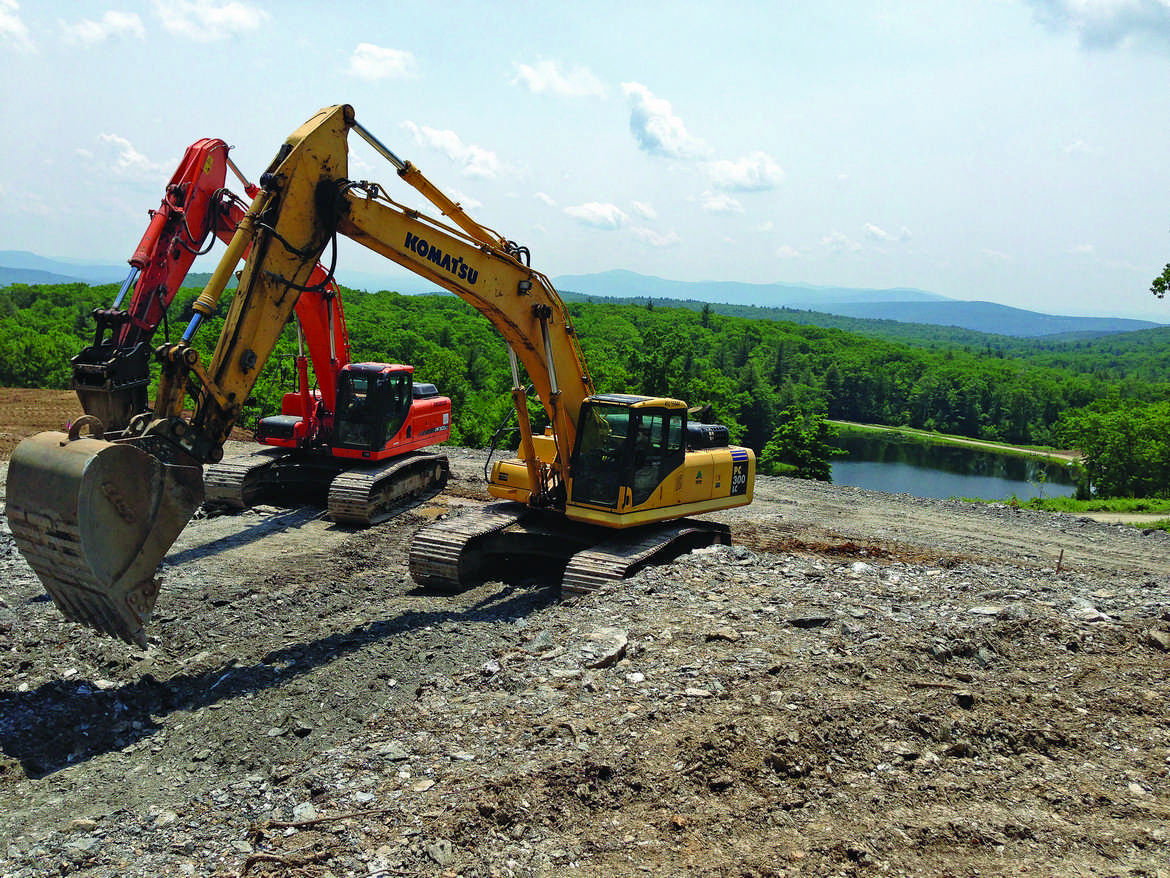 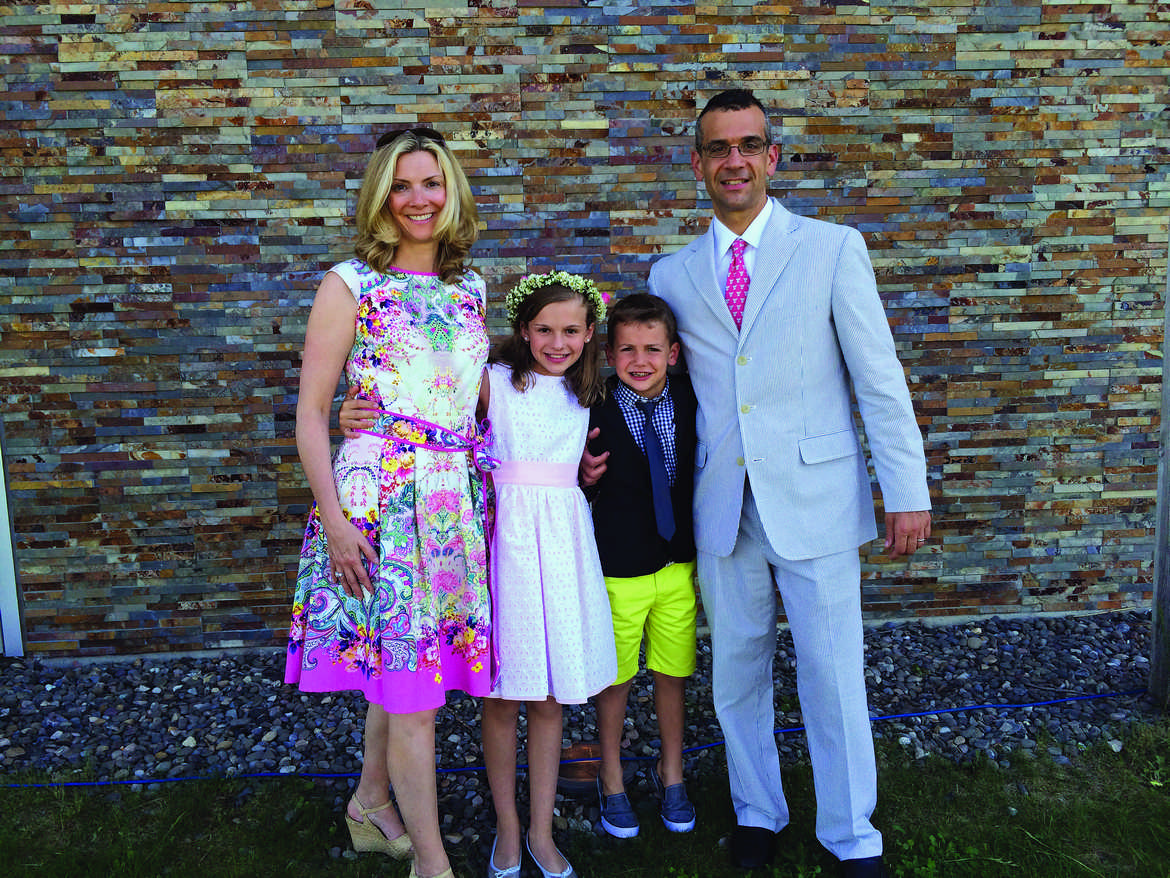 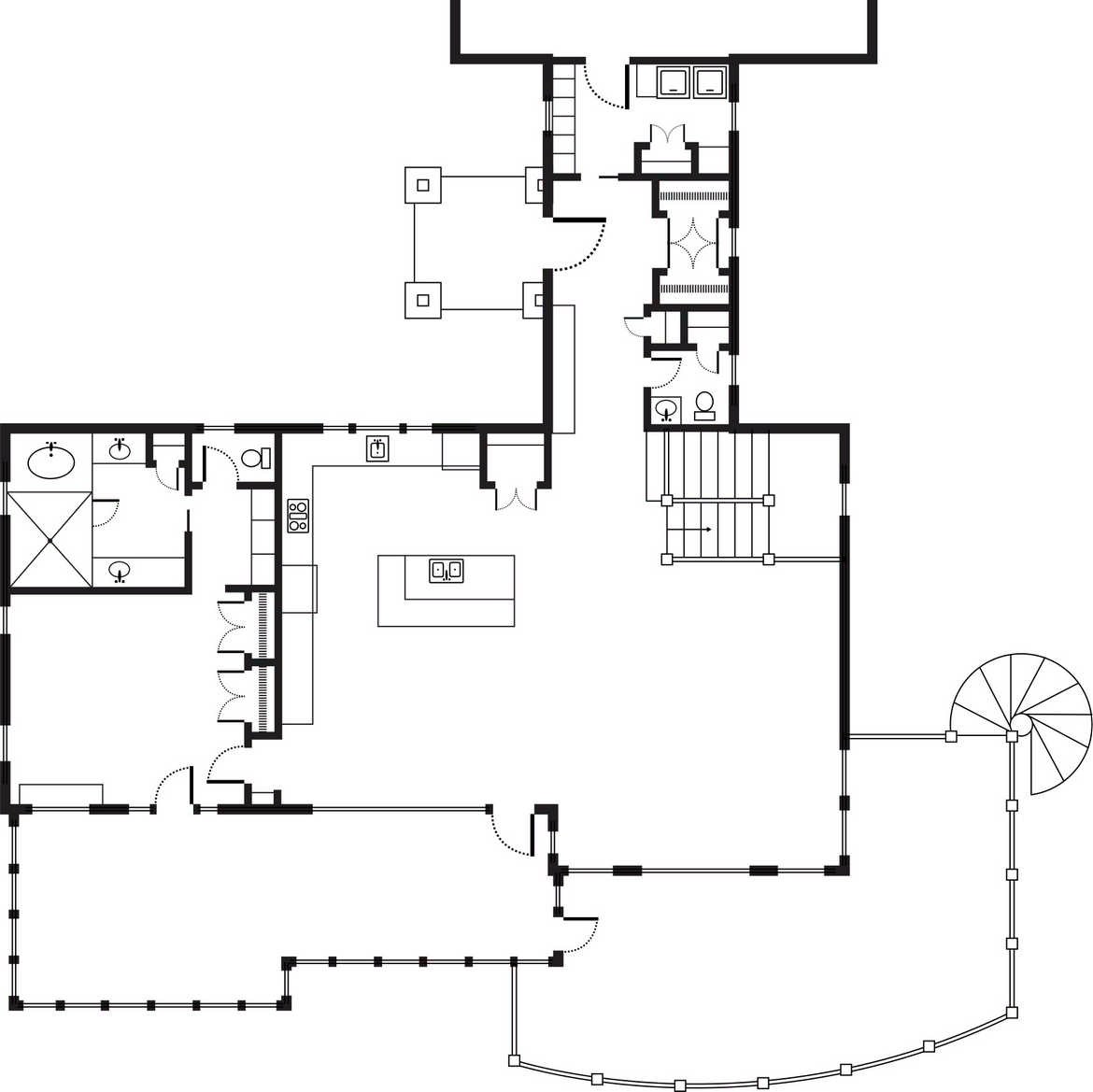 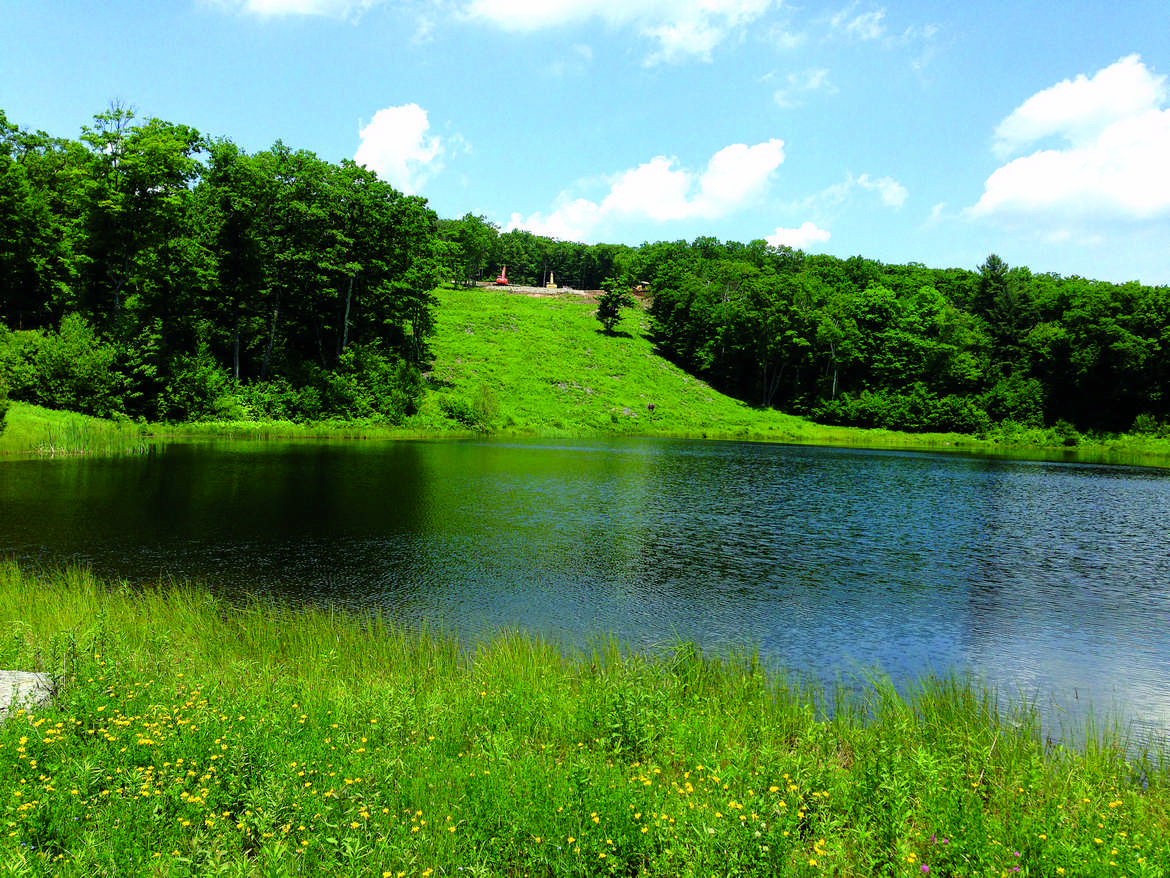 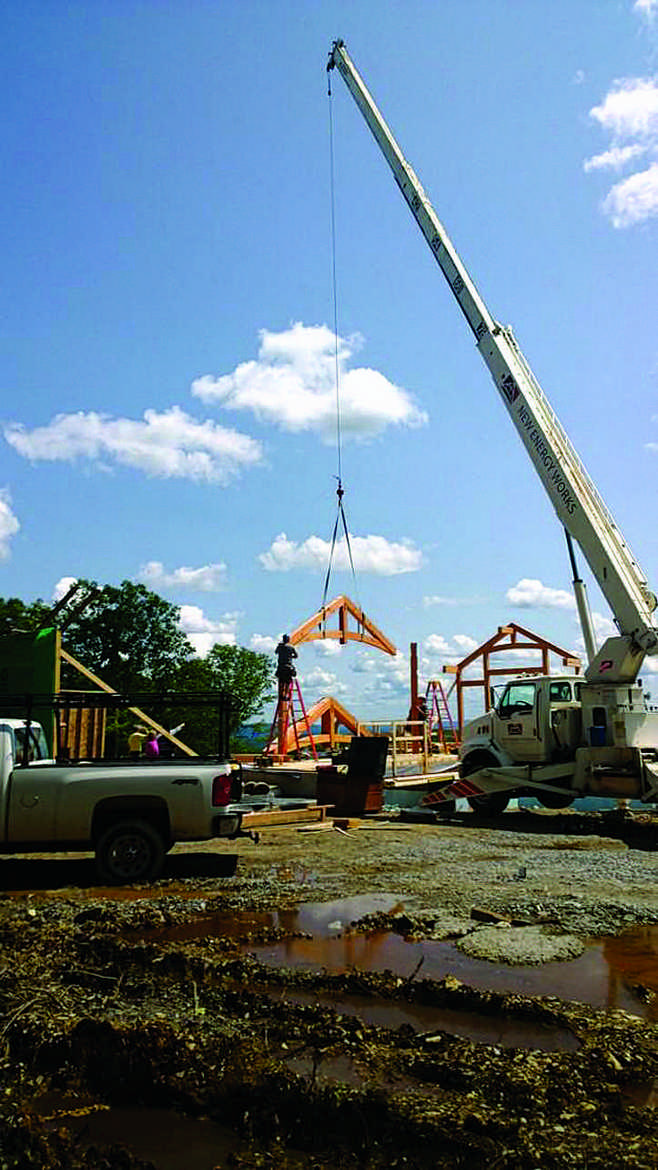 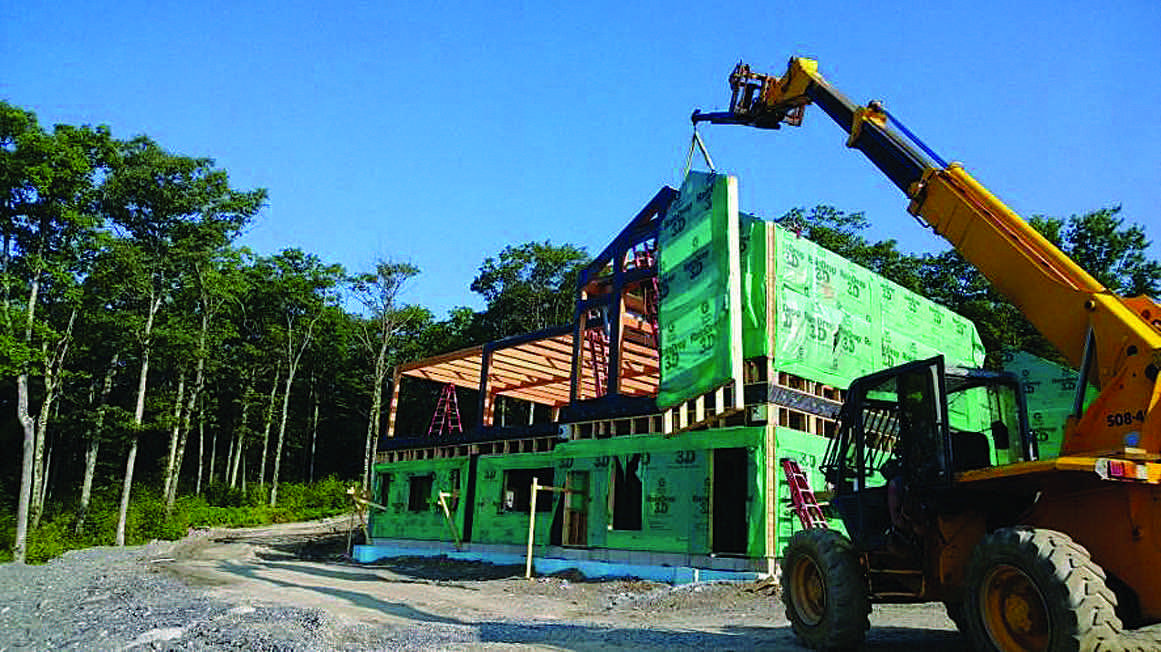 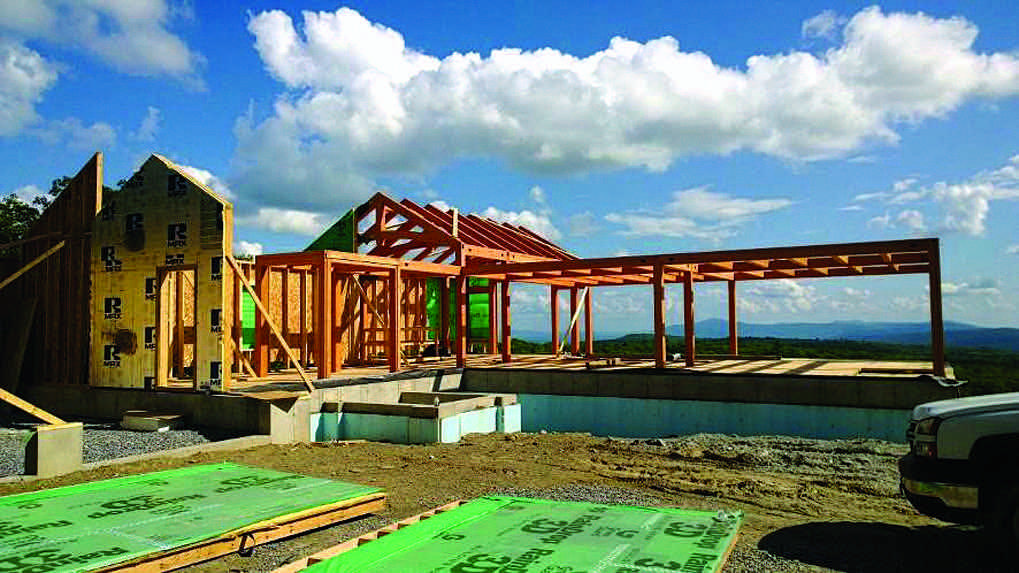 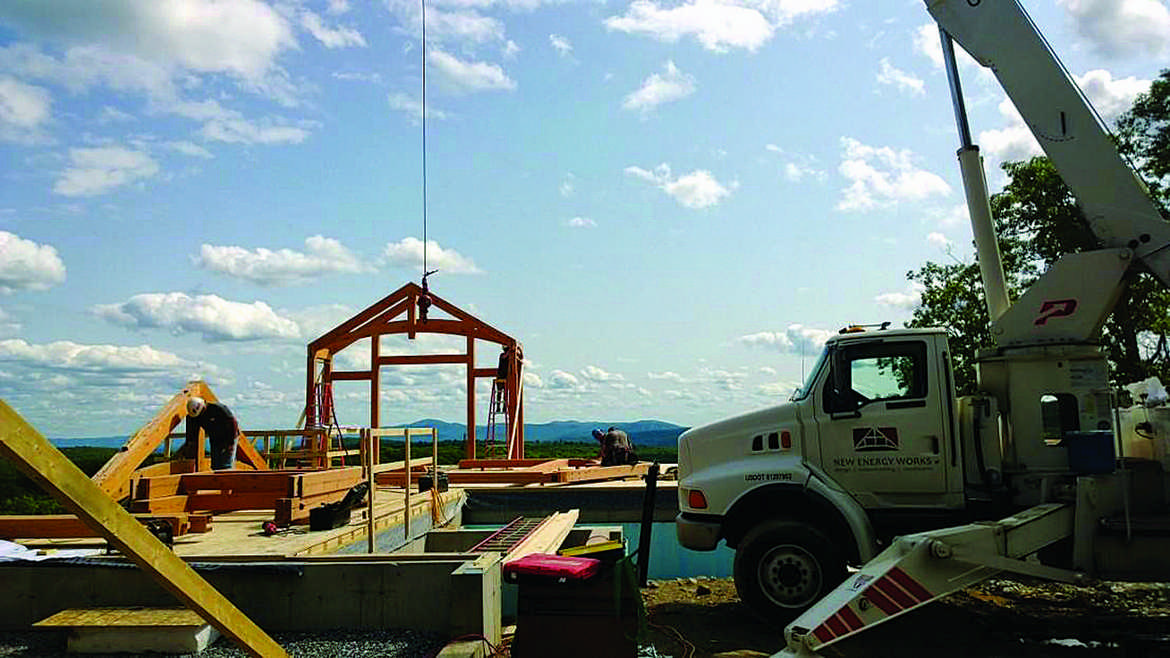 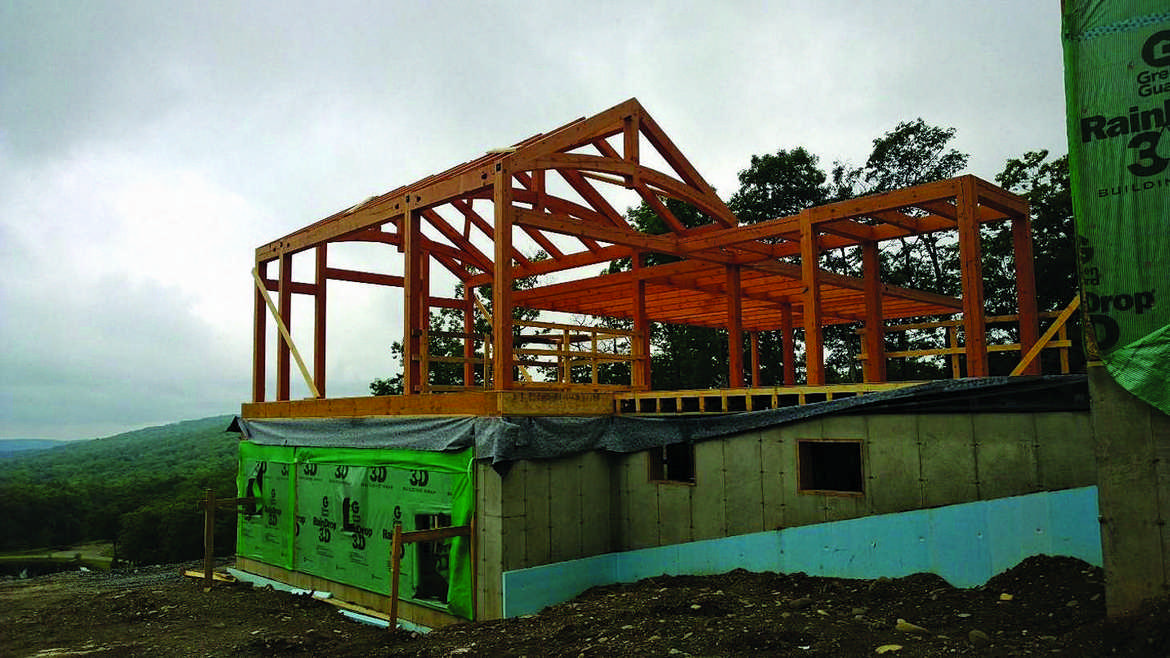 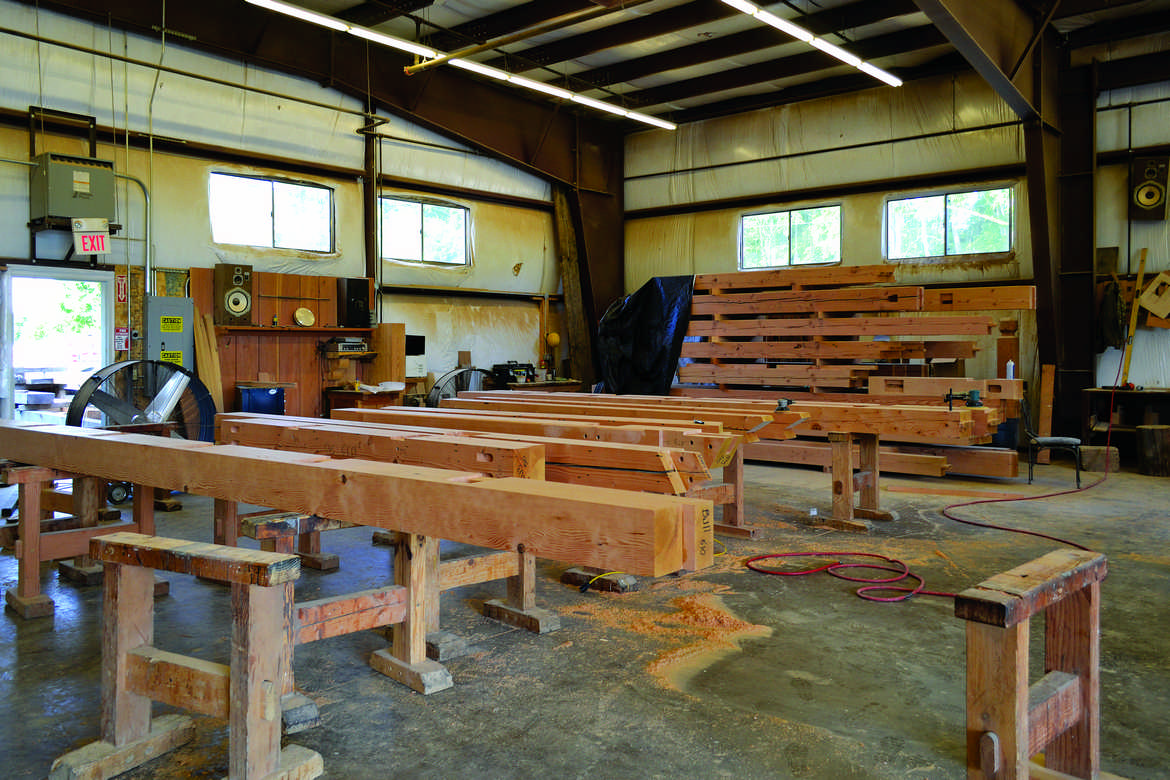 With their timber-home plans in hand, this family is ready to break ground and get their frame in place — but not without a few last-minute considerations. Don’t you love it when a plan comes together? From a well-organized party to a perfectly executed house, it takes effort and know-how to turn individual elements into a cohesive whole. That’s where the building process comes in. And in the case of Greg and Dee Olsen’s New York timber home, that process from dreaming up a design to breaking ground can be summed up in one word: smooth. 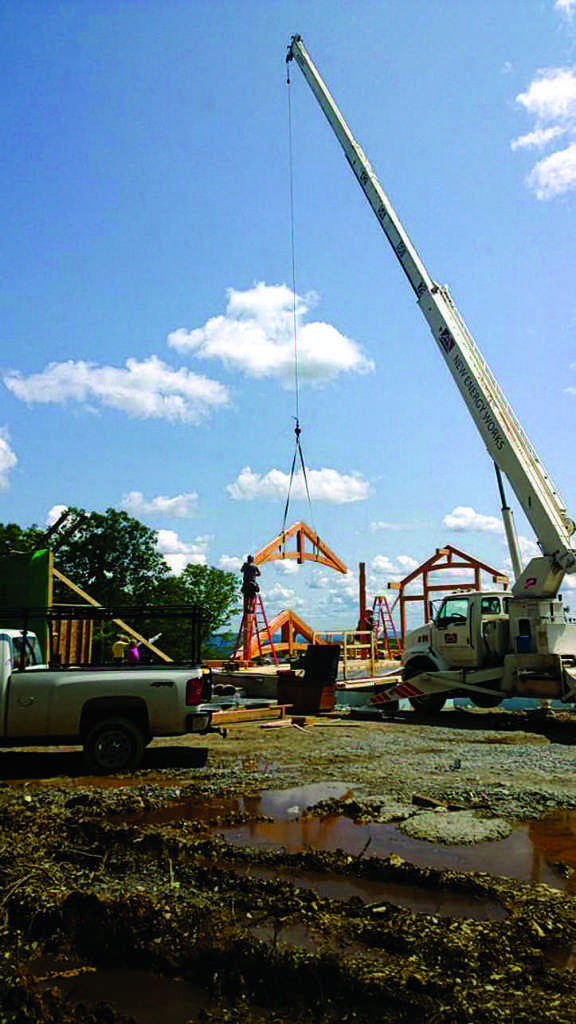 “I couldn’t believe how smoothly it all went,” says Greg, adding that a big factor in the seamless prep and groundbreaking development was the general contractor they chose for the project.

“We worked with local general contractor Scot Cohen who also happens to be one of my closest friends,” Greg explains. “He and his wife Julie navigated me through the entire building permit process — a task that can be overwhelming and time-consuming.” Permits in hand, the next tasks were prepping the property and breaking ground. But before they could put those permits to good use, Greg and the design team at New Energy Works Timberframers had to make a few tweaks to the home’s positioning — a common practice during this stage in a custom project.

“To make sure the siting of a home is perfect, the final stake-out has to occur,” says Ty Allen, who heads the East Coast design team at New Energy Works, explaining that when the Olsens were staking out their house with the contractor, there was a bit of back and forth about the exact footprint of the house. “Once we got out there, we realized the siting needed a bit of finessing. Siting is one of those things that you need to nail and get just right, and we did that with this house. It catches the view and works with the grades. Moving the footprint a bit is just part of the process and there’s almost always some tweaking that happens.”

In addition to prepping the road up to the Olsens’ lot to accommodate the trucks and equipment that needed to be able to reach the site, the excavator and his crew had their hands full when digging the hole for the foundation. “The house is positioned on top of a mountain, so the property is quite literally solid as a rock,” explains Allen. 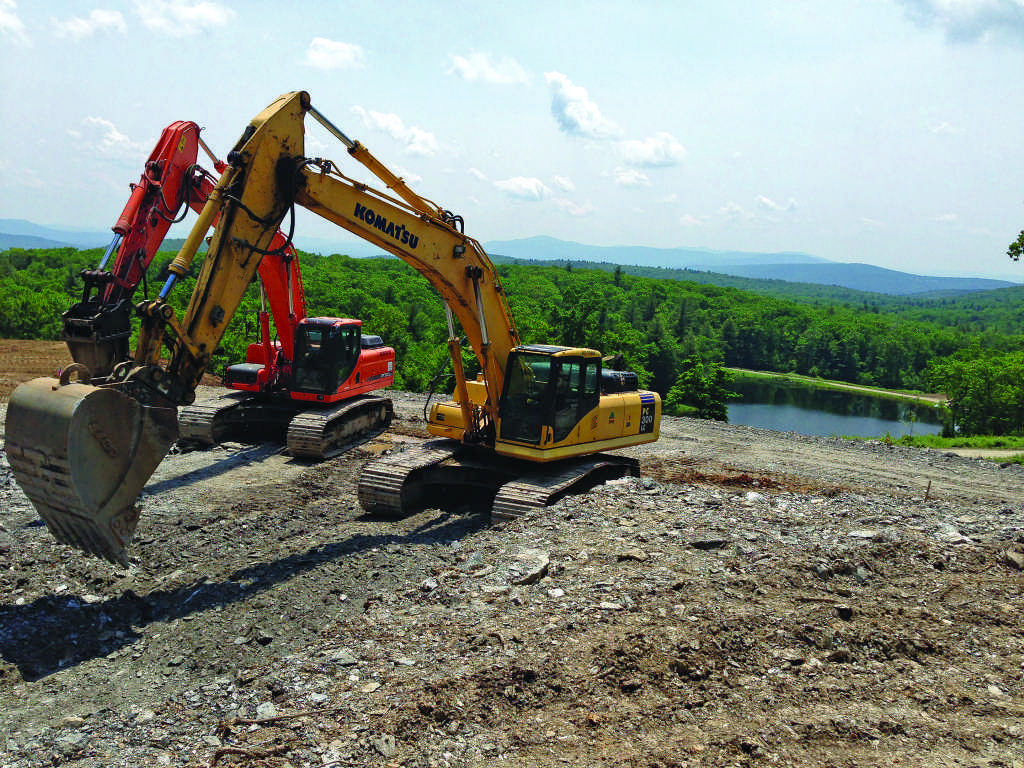 Once the hole was complete, the stone was put in and the foundation was poured and formed — a seemingly small moment that had a big impact on Greg and his family. “That was the first real exciting event because you could really see the footprint of the house,” he explains. “It was wonderful because we were able to stand on the foundation and see where the children’s bedrooms would be and look at the view from there. And, fortunately, we really, really liked what we saw.”

Foundation in place, the timber package was delivered to the site in preparation for the New Energy Works team to raise the frame. From start to finish, the frame raising took just a couple of days. “The raising is something I’ll remember for the rest of my life. I recall standing there watching them slowly lift the main living room roof truss into place and when it set into its position it’s like the angels started to sing,” says Greg with a laugh. “I always read in Timber Home Living that you have to be at the timber raising because it’s such a special moment, and I was always like ‘yeah, yeah, yeah,’ but it really was. I know it sounds hokey, but it was just perfect.” 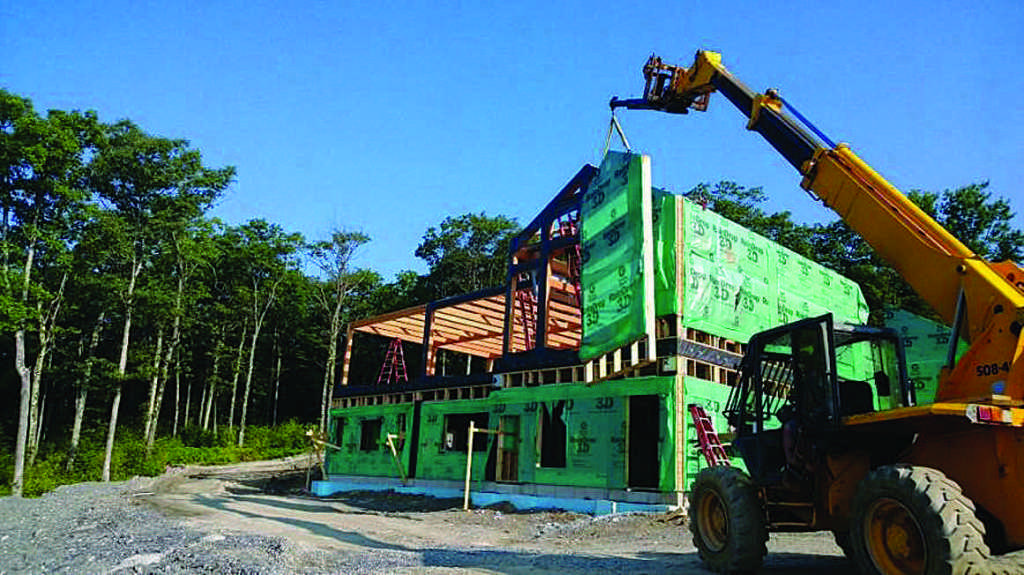 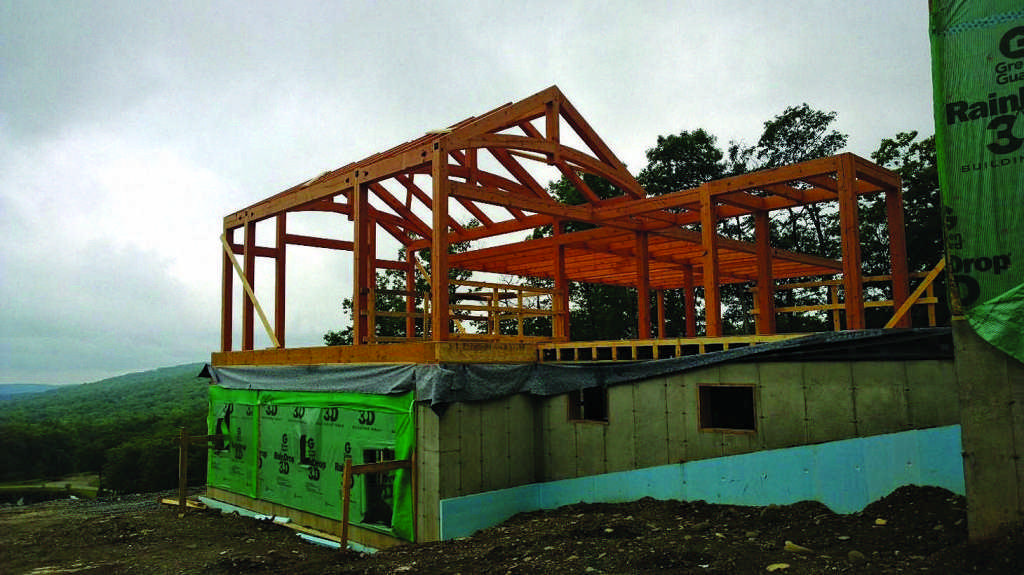 Allen agrees. “The raising is a really special day,” he says. “You’re not only celebrating the wonderful clients and their journey, but it’s a celebration for the company as well.” And much like the frame came together, Greg credits the entire team for doing the same. “You hope and pray that you’re going to have a good experience with everyone, and that everyone’s going to come together and do a great job for you, and that’s exactly what happened here,” he says. “There’s a sense of pride that everyone working on the house had. From the site to the materials that we used — it’s just palpable. You can really feel it.” 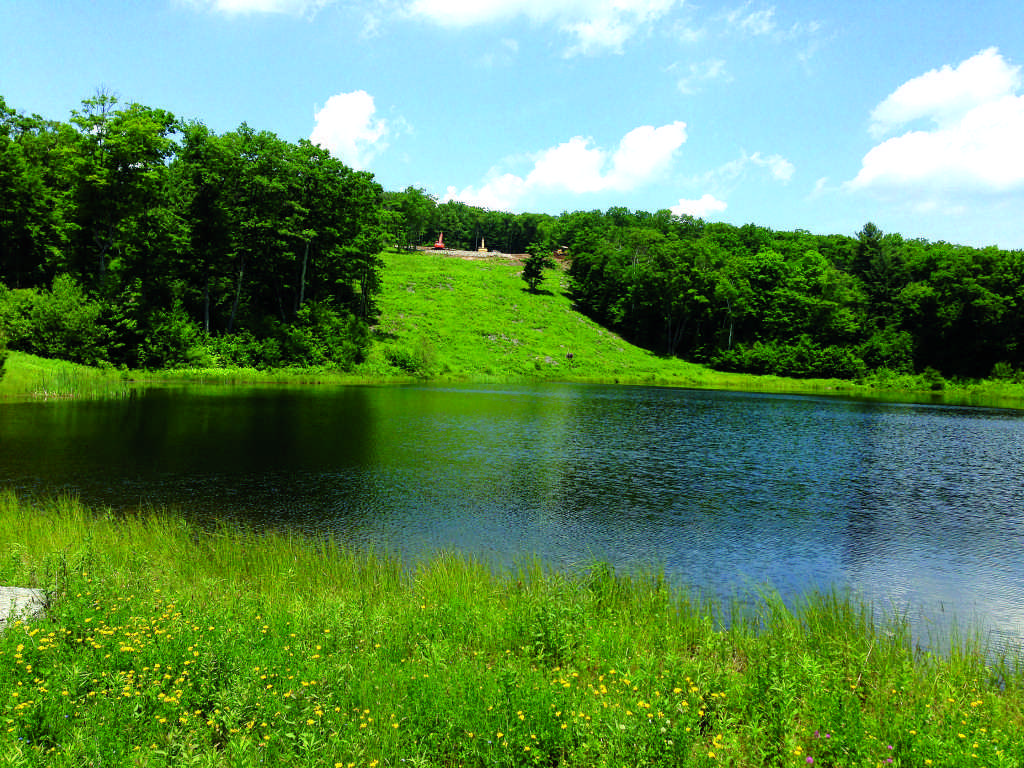 Planning to build a timber-frame home is one of the biggest decisions you’ll make in your lifetime, and one of the most important components of that decision is choosing a competent team. In Greg and Dee Olsen’s experience, that means going with people that you feel confident and comfortable working with. For their general contractor, the Olsens chose a local expert who also happens to be a good friend of the family, so that level of knowledge and trust was there from the start. “Picking someone who knew the people in the area and had building projects nearby before was certainly helpful. He’s also worked with and built relationships with the people that approve all of the permits, so things got done more quickly,” Greg explains.

Ty Allen, the lead architect on the project, adds that choosing a builder who understands something about timber framing is a good idea, but it’s not the only thing. “A thoughtful, intelligent, well-versed builder can handle this type of construction,” he says. “The biggest hurdle is the ability to understand the broader process and the timing. One of the challenges of timber homes is you’re using the frame elements structurally, so it changes the sequence of construction, especially on things like exterior porches.” As far as their choice of designer and material provider, the Olsens couldn’t be more pleased with New Energy Works Timberframers and Pioneer Millworks of Farmington, New York.

“This has been everything Dee and I hoped for so far,” he says. “We’re constantly checking the progress of things, but we’re involved because we want to be, not because we need to be. It’s just a tremendous feeling.”