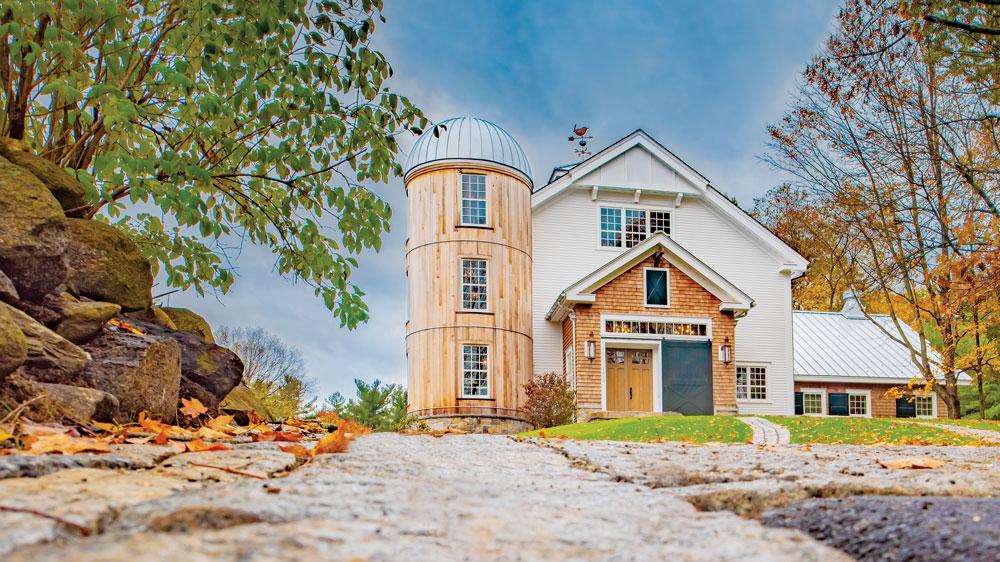 
When Scott Cornett, project executive at North Point Construction Management, was tasked with transforming this unique Massachusetts barn structure, the issue was space. Specifically, space that was to be used as a guesthouse and entertaining destination, not to garner grain or house cows.
The genesis of this project was a dining room table. The homeowners wanted a spot that could host a large gathering but was separate from their private living area on the same property. The barn was designed around a large table, which actually didn’t exist yet. Construction on the two began simultaneously. From there, Scott worked with interior designer Chris Leblanc to craft a space that would wow and satisfy guests.

“The evolution of the silo was really a solution to moving vertical circulation outside the footprint of the main building,” explains Scott. “The homeowners wanted something graceful and unique; they didn’t want just a set of stairs to get from the first floor to the second.”

The main barn area is 40 by 60 feet, and every approach Scott and his team took to connect the two levels was taking up too much space. So, with a creative flair that complemented the barn’s natural agricultural design, they put a circular staircase in the silo. Scott says the way the iron was put together reminded him of ribbon candy. The staircase was built in pieces and is completely freestanding with no vertical columns or posts.

In fact, cutting down on columns in the rest of the barn was a priority, as that would allow the team to take full advantage of the open floor plan they envisioned. North Point Construction minimized columns by using very large cedar trees that they debarked but otherwise left in their natural state. While obtaining the cedar, the team had to wait for nesting birds to vacate the tree, at the request of the homeowners. A nod to the timber’s original inhabitants exists in the form of origami birds roosting in the light fixtures in one of the barn’s highest windows. 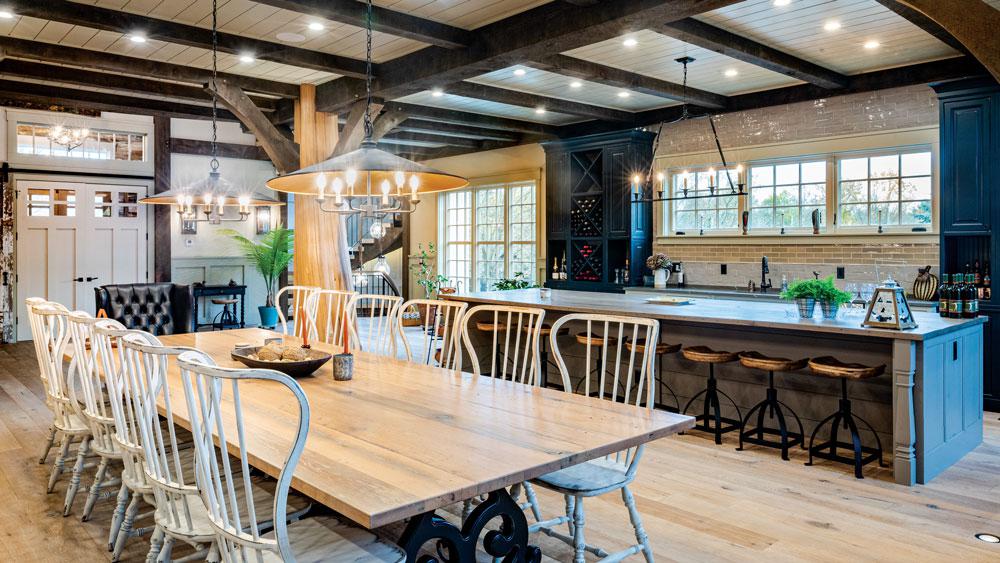 Designing a space for entertaining and large gatherings requires different considerations than a small retreat or retirement home. To make the most of your floor plan,
Scott gives this advice:

Perpendicular to the fireplace and parallel to the dining table, this barn has a somewhat unconventional bar. Though it has a wine cooler, dishwasher and refrigerator underneath, it’s more of an elongated island that also can be used as a buffet service area. Sandwiched between the kitchen at the main eating area, the island combines utility with the benefit of having an informal gathering place.

“One of the big things is a visual connection between the kitchen, dining and living areas,” Scott says. “It’s an open concept — nothing innovative about it — but, in this case, the size of the opening is on steroids.”

Every home needs the option of privacy. Two small bedrooms are separated from the main area through multiple layers of enclosure. 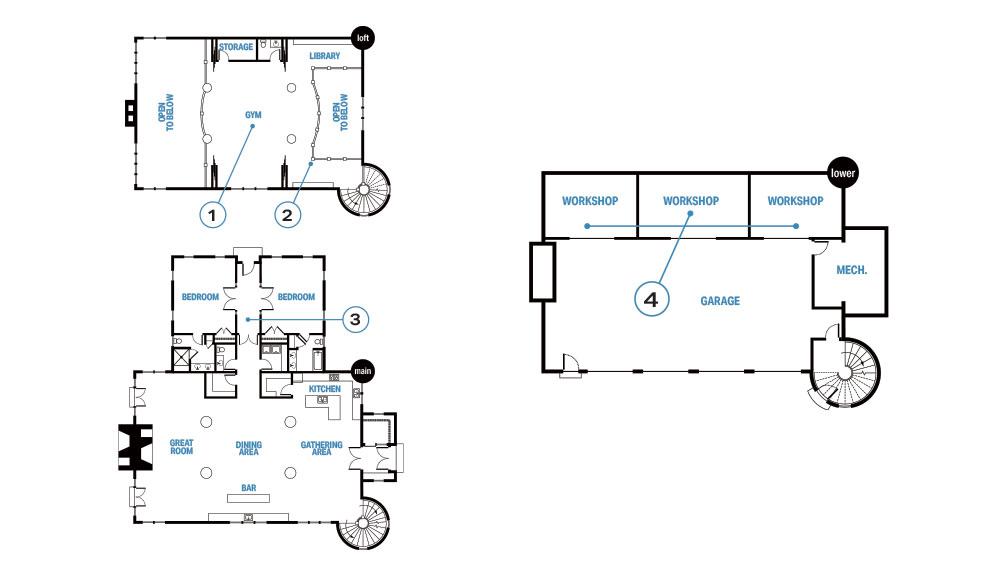 1. The exercise area on the second-floor loft is open and airy for cool temperatures and an advantageous use of space.

2. The loft is kept as open as possible with the use of mountain laurel railings.

3. The bedrooms are separated from the main space through transparent French doors as well as sliding barn doors.

4. Carriage stalls in the barn’s lower level were converted into storage spaces in order to prevent needless clutter.


This house (along with nine other amazing log and timber homes) was featured in our 2020 Best Log & Timber Homes issue, which was only available on newsstands earlier this year. Missed it? Get your copy here.
★