A Timber Homestead in the Rocky Mountains 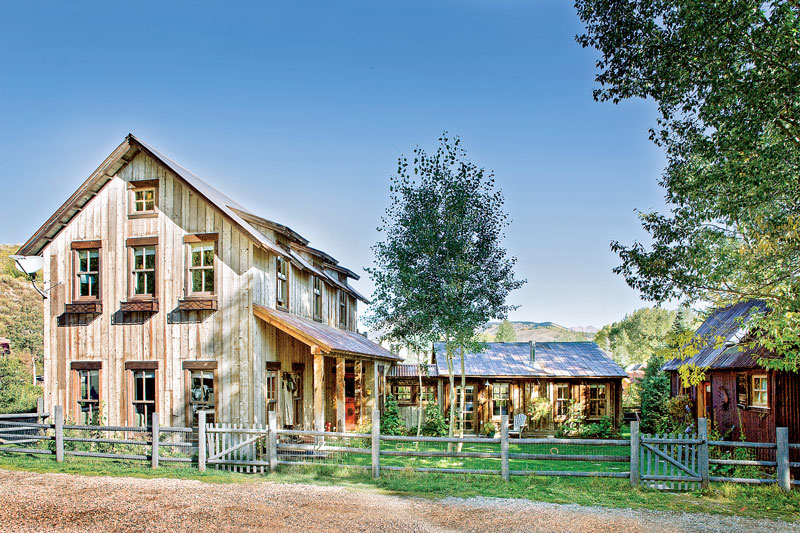 Buying a property with two old shacks that need to be removed isn’t unusual. But few buyers are willing to tackle the challenge when the local preservation board says the shacks cannot be torn down or moved. Joe and Liz Lecoq Currier were looking to relocate to Colorado from California. In Crested Butte, they found a riverfront lot that they loved, complete with two landmark tin-roofed industrial coal sheds that had scared away potential buyers. 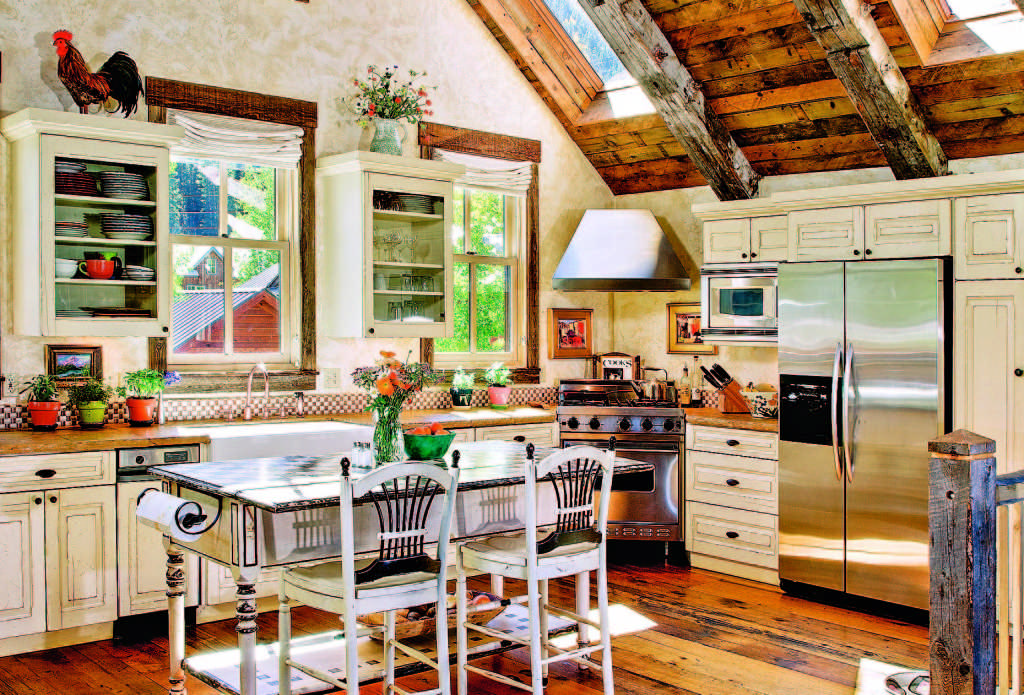 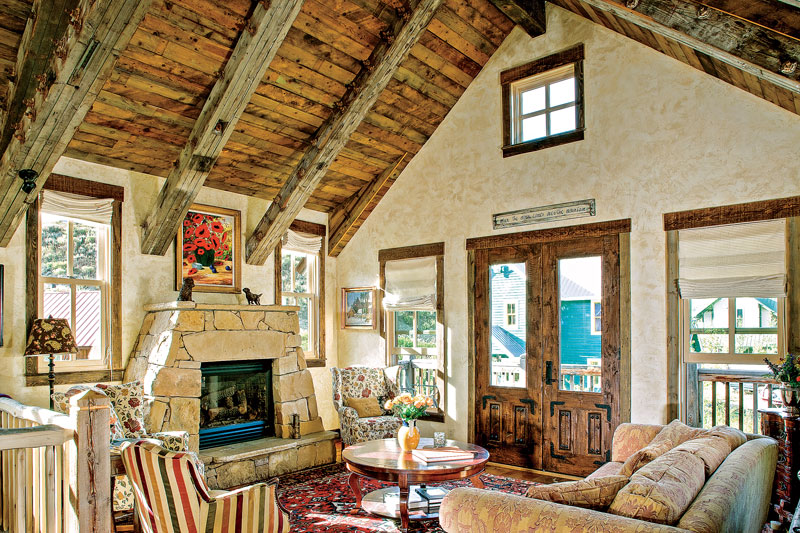 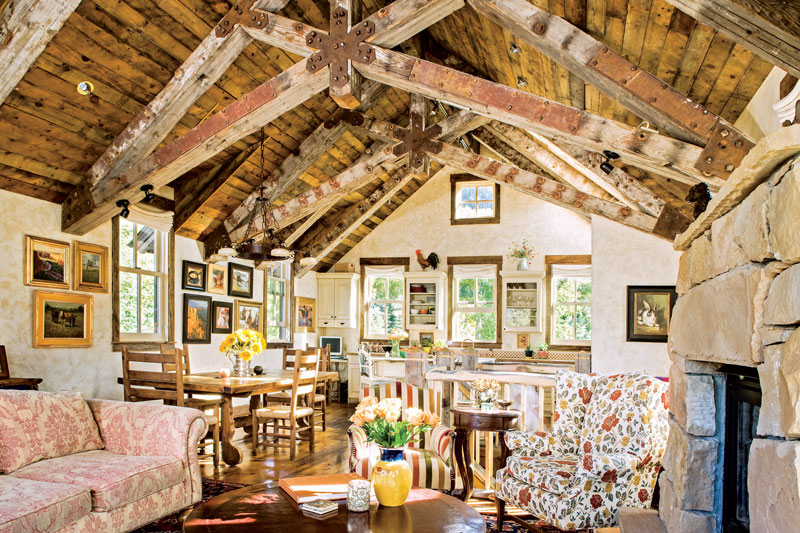 But incorporating two 19th century relics into a livable home didn’t faze Liz and Joe. Where others saw obstacles to creating their dream home, they saw an opportunity to build a home that fit naturally into its surroundings. 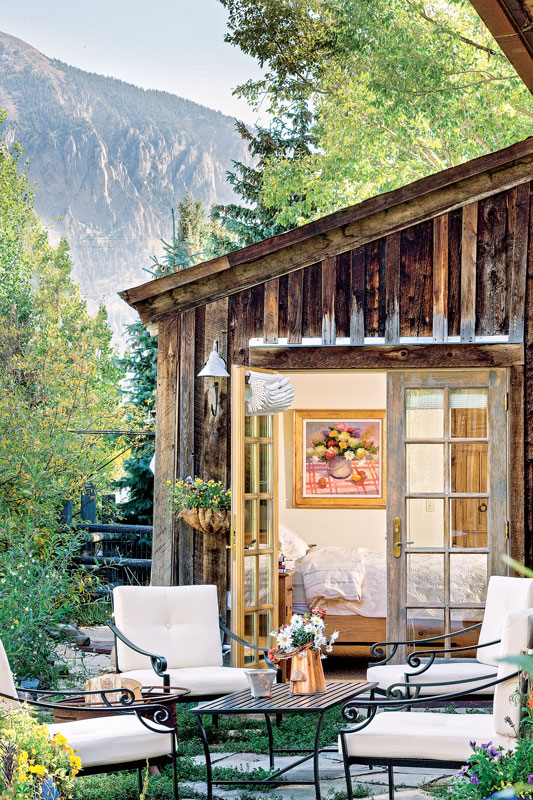 Joe called Mike Fahrlander, a local builder. “We were hoping with Mike’s reputation for tackling projects no one else would touch and his unshakable preservation-first philosophy, he would be interested in helping us,” says Liz.

Fahrlander understood the property’s magical quality immediately, and signed on for the project. While he stabilized the sheds, Liz and Joe interviewed architects. All of the architects except Bill Coburn thought they were crazy. “He understood what I wanted,” Liz says. Together, Fahrlander and Coburn “took the eclectic inspirations I got from deserted coal mines, old country farmhouses and rustic barns and built us the beautiful house that I visualized.”

See also A Timber Home in the Colorado Mountains


What Liz hadn’t envisioned, however, was that the building process would include nearly three years of painstaking phone calls and meetings with the town’s preservation board. The modest-sized house Liz and Joe wanted to build had to meet stringent standards to harmonize with the town’s historic appearance. The delay, it turned out, had its advantages.

“Going slowly allowed us to refine our ideas and let the house evolve in an organic manner,” the architect says. “We started out by creating a master bedroom in the larger shed and a bedroom for the Curriers’ son in the smaller one. The main living areas, kitchen and dining room would be in the new addition.” 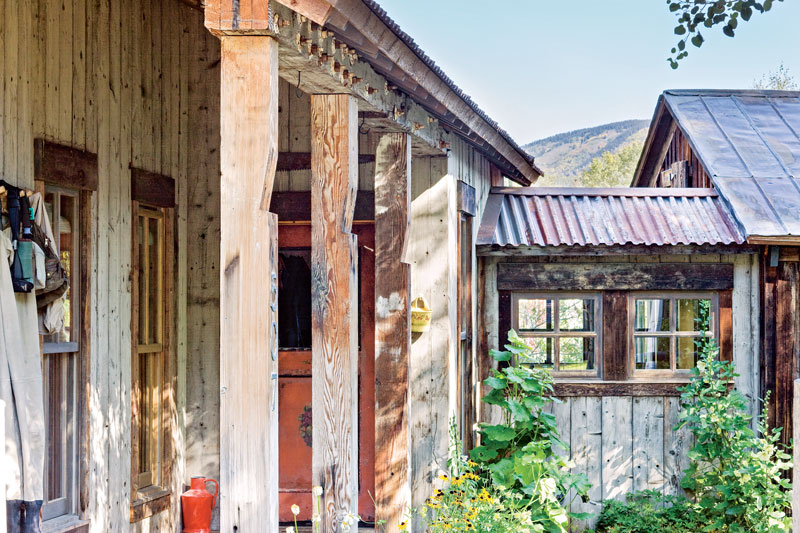 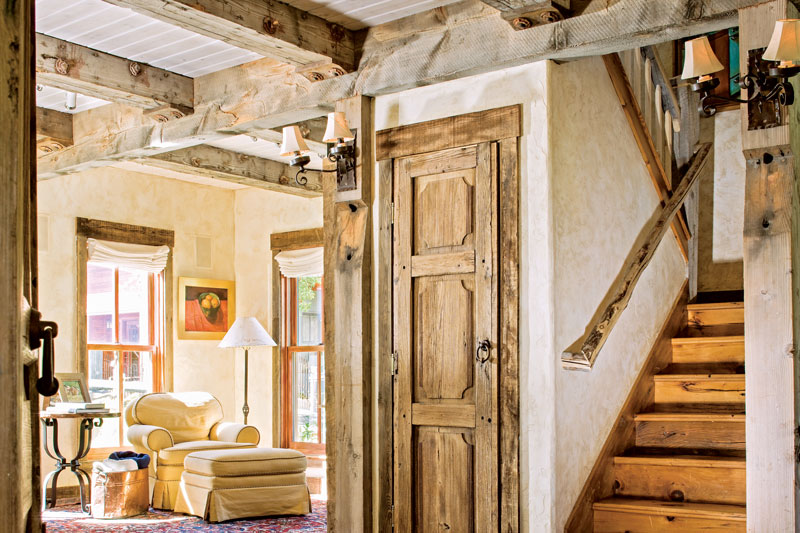 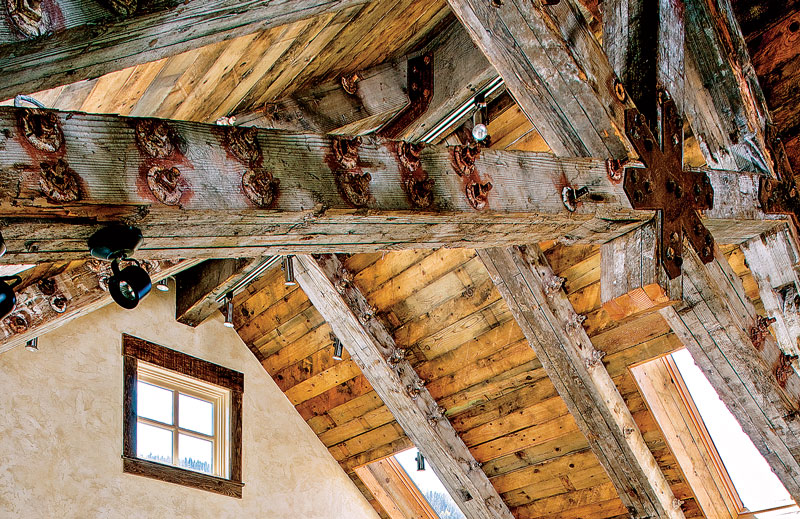 They used exterior siding cut from weathered barn planks for the façade of the built-from-scratch house. The reclaimed wood was necessary to comply with an architectural compatibility ordinance. Liz and Joe wanted the inside of their home to use the same wood, even though it wasn’t required, so that the interior would also appear to be centuries old. 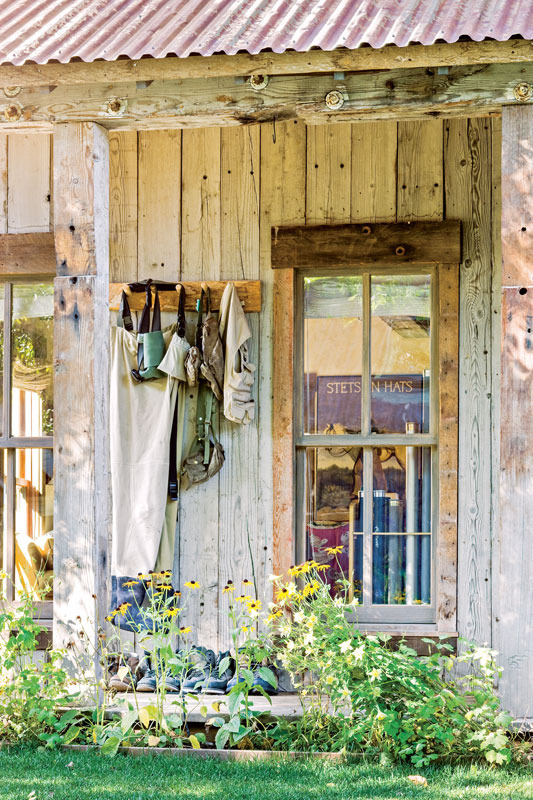 The next step was to find antique timbers, doors, windows and flooring.

Liz was amazed by what she found for sale on the Internet. She bought massive posts and beams that had once supported an Oregon warehouse and some 300-year-old eastern heart pine flooring that came from the ruins of a Virginia apple barn. As a Colorado native, Liz recognized the importance of counterbalancing the profusion of wood with the abundant natural light of her home state.

“There’s no such thing as too much light out here,” she says. “I wanted the largest windows I could get.” When the planning board rejected a gable-end cathedral window because it was not traditional, Bill suggested substituting several small double hung ones. Later, the board questioned the French doors that Liz wanted between an upstairs living area and a narrow deck, but this time there was no compromising.

See also A Colorado Timber Frame Home with a View


“Clearly, they didn’t have French doors in Crested Butte when it was a mining town, but I truly believed that panels of small glass panes framed with weathered wood would be in keeping with the town’s heritage,” Liz explains. Her argument that the doors were necessary for access to the outdoors was persuasive and the doors were allowed. Using the same argument, they got another set approved for the master bedroom.

The doors open onto a small flagstone patio that is the gateway to the natural beauty that surrounds them. “You don’t choose to live here if you don’t love being outdoors,” Liz says. “Exploring the mountains and the Gunnison Valley is a pleasure we take advantage of every day, whether we walk, bike or use cross-country skis.” “When people visit our home they always ask if we like living in a historic house,” Liz concludes. “They’re always surprised when we tell them it’s practically brand new. Joe and I couldn’t be happier knowing that we’ve created a legacy that fits seamlessly into the landscape of this very special community.”